These are traditionally made medieval illuminations from manuscripts, created using medieval techniques. The image is drafted onto vellum (calfskin), and gesso and gold-leaf is applied before being painted. The gesso is home-made from a medieval recipe, and the gold-leaf attached as it would have been in a medieval scriptorium or workshop. They are called miniatures from the Latin word ‘minium’, which is the colour of the red paint used to draft the image.

Medieval Images shop window
Prices are as a guide and may be affected by size and design choices, or if there are any bespoke changes requested. 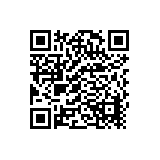 Brentwood, Essex
Please note that all the information above was entered by Medieval Images or their representatives. Please contact them directly, if you have any questions.