Sally Aviss comes from East Kent, but her love of sailing has taken her to many coastal areas of the British Isles. In addition to her writing, she is a professional classical musician and instrumental teacher.

Each of her novels tells a vivid and original story, giving life to characters with whom the reader can empathise and become completely involved. The settings are rich in period detail, with factual information woven into the storyline, giving colour and authenticity to the narrative.

Sally enjoys going to events and meeting people, selling signed copies of her books and introducing the worlds within them to an ever-expanding readership. She is available for book-signings and talks and has done several of these at various events and bookshops around Kent. In 2015, as a local author, she was invited to give a talk at the Folkestone Book Festival, which can be viewed on YouTube.

Her novels are published by Ozaru Books and available to buy or order from all good bookshops and online (and UKCraftFairs events).

Cairnmor Trilogy Synopses:
The Call of Cairnmor (Scottish mystery romance):
In the late 1930s, to the remote Scottish Isle of Cairnmor comes a stranger on a quest to solve the mysterious disappearance of two people and their unborn child - the heirs to an unclaimed ship-building fortune. The stranger enlists the help of a local schoolteacher and together they seek the answers to this enigma as well as their own joint destiny. This first novel in the Cairnmor Trilogy moves between the rugged rural isle itself, a quiet country mansion in Oxfordshire, the industrial yards of the Clyde, and the chambers of London lawyers with a climax in the House of Lords.

Changing Times, Changing Tides (World War 2 adventure romance):
War has a habit of interfering with the best-laid plans, and so it was with the Stewart family and their closest friends. Deprived of the opportunity to simply enjoy life on the beautiful isle of Cairnmor, their lives are tossed from London to Singapore, through the turmoil of Dunkirk and D-Day, shaped and changed by the ebb and flow of circumstance and conflict. Later, love appears to triumph, but events move in a totally unexpected direction.

Where Gloom and Brightness Meet (family drama romance):
This final novel in the Cairnmor Trilogy follows the same characters into the late 1960s where different generations contend with infidelity, addiction and even a murder trial. It is a story of heartbreak and redemptive love, of long dead passion remembered and retained in isolation, of unfaltering loyalty and steadfast devotion - a story that also reflects the conflicting attitudes, problems and joys of a liberating era.

Message From Captivity (World War 2 thriller romance):
The daughter of a diplomat is stranded following the German invasion and a linguist is trapped behind enemy lines during the Battle for France. As Europe pursues its inexorable destiny thought the latter half of the Second World War, two individuals find their own fates unknowingly entwined thanks to a book left on a Channel Island beach many years before. Espionage, malice aforethought and romance combine in a story that realistically captures the atmosphere of life under enemy control, a story that will lift the spirits and wrench the heart.

The Girl in Jacks Portrait (contemporary romance)
The vagaries of life can take people in all sorts of directions. Take barrister Callie Martin, for example, struggling to cope with a vocation she doesn’t fully understand or enjoy. And Edie Paignton, about to lose the one thing that is closest to her heart. Or soldier Jamie Rutherford who encounters the girl of his dreams only to see her disappear into the crowd? And what about his architect father Ben, still coming to terms with the loss of his wife? Or Erik van der Waals, the businessman whose studied sophistication hides deep-seated resentment? Not to mention mental health nurse, Sarah Adhabi, who finds hidden strengths when confronted by emotional turmoil.
Six people seeking an escape from their pasts six people who find their lives interconnected and their secrets revealed.
But just who is The Girl in Jack’s Portrait?

The Call of Cairnmor: ...a truly heart-warming story with lovely characters that one can relate to (Inverneill - amazon)
Changing Times, Changing Tides: one of the best reads this year... (Mr C Brownett - amazon)
Where Gloom and Brightness Meet: I loved this third book in the series... (P. Green - amazon)
Message From Captivity: a great story that keeps you guessing to the end (Brenda Burchell - amazon)

Sally Aviss shop window
Prices are as a guide and may be affected by size and design choices, or if there are any bespoke changes requested. Where Gloom and Brightness Meet
£9.99 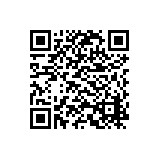 New Romney, Kent
Please note that all the information above was entered by Sally Aviss or their representatives. Please contact them directly, if you have any questions.