Contemporary ceramics inspired by the laws of nature

I work using wheel-thrown and hand-building methods, in stoneware and porcelain to make abstract, decorative and sculptural forms inspired by the laws of nature and physics.

My wheel-thrown work exploits the phenomenon of symmetry, which is prevalent throughout the laws of physics, as well as the interplay between positive and negative space, using intersecting planar lines and curves to create interesting three-dimensional forms. My hand-builds are more organic, borrowing forms from objects found in nature and their underlying mathematical descriptions, such as mollusc shells or the nested lobes or spirals found in the ear or the arms of a spiral galaxy. Additionally, I use hand-building techniques to create forms that are influenced by 3D representations of four-dimensional space-time being warped by masses and gravitational forces. Finally, I also explore other abstract physical pheonomena, such as the interactions of charged particles in electromagnetic fields, or the shapes described by the orbits of electrons within atoms. My aim in producing these pieces is not only just to produce decorative artworks of unique beauty, but also to promote an understanding and appreciation of the underlying physical laws that govern and define our very existence. 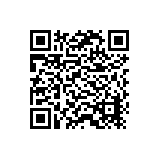 Camberley, Surrey
Please note that all the information above was entered by Iain McCafferty or their representatives. Please contact them directly, if you have any questions.