I am by training a scientist but more recently I have become a writer and illustrator of books for children, which are published by TSL publications in London. I also produce ceramics in the Harrow Potters Studio in London, where I also organise and sing in concerts on behalf of selected charities. As an artist I am self-taught, painting watercolours of beautiful surroundings, usually on holiday, but more recently in the Eden Valley in Cumbria, where I now spend part of the year. I am a member of the Brough and Stainmore Art group, which exhibits yearly and I also exhibit my art in shows around the Eden Valley.

I was born in Bolton, spending my early years living on the moors which probably gave me my first love of animals and the countryside. I then grew up near Liverpool and went on to study Chemistry at York University, gaining a BSc and then PhD. I moved to London to pursue a career in scientific research, whilst continuing my artistic interests as well. As a singer I sing with Harrow Opera in London, after furthering my singing in courses at City Lit in Holborn. My writing resulted from a suggestion by a friend, who liked my illustrations and Facebook posts about my two Birman cats George and Flora. 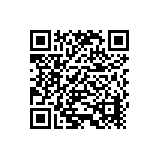 Northwood, Middlesex
Please note that all the information above was entered by Dr Rachel Haywood or their representatives. Please contact them directly, if you have any questions.